(View the original Kickstarter campaign - HERE) Simon Lizotte:  "It's one of the best games I've ever played." Paul McBeth:  "When Steve got out of the pro tour, everyone wondered, 'what's next for Steve' ... and BIRDIE! is his next project. The guys from Foundation, Hannah and I played and it was a lot of fun. It gave an on course feel while sitting in our kitchen." About the Reward levels, Paul said:  "One of the cool levels of support is where Steve and his brother Todd will hand deliver and play the game with you." He then continued, smiling,...

Simon Lizotte:  "It's one of the best games I've ever played."

Paul McBeth:  "When Steve got out of the pro tour, everyone wondered, 'what's next for Steve' ... and BIRDIE! is his next project. The guys from Foundation, Hannah and I played and it was a lot of fun. It gave an on course feel while sitting in our kitchen."

What's on the table?

As one of the players to step on to the Maple Hill Golds, you have the talent it takes. Improve your skills, get more karma, or a combination of both, and prepare for one of the most challenging disc golf courses on the planet.

On each throw, you decide your level of risk vs reward, what skills to enhance, react to karma that comes your way and throw your shot. 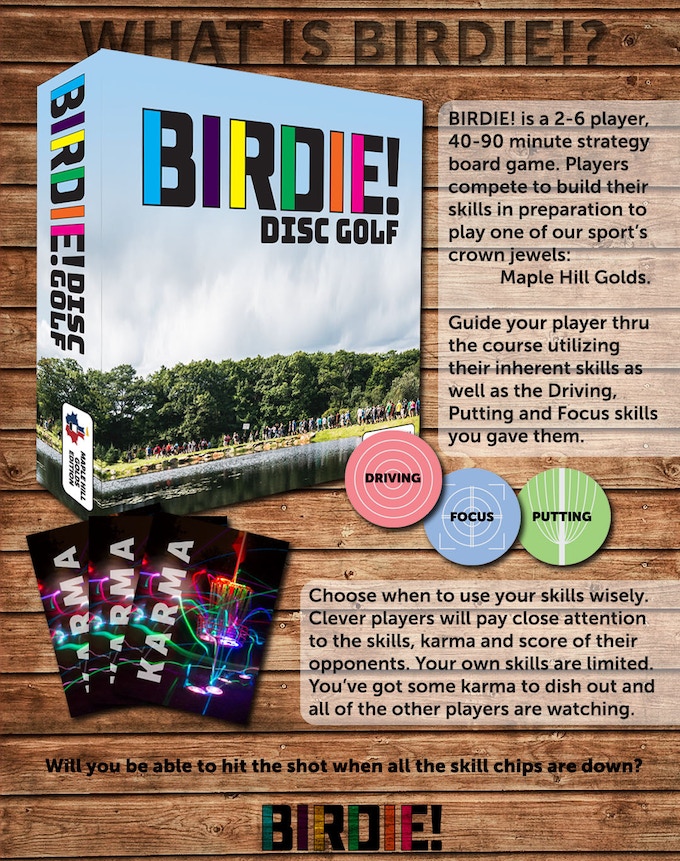 There are five primary attributes. Distance, Karma, Driving, Putting and Focus. Each of these skills is limited and must be acquired thoughtfully and utilized carefully. You will use these skills to throw your shots and lower your score.

There are twelve players to choose from in the Base Game. These players have skill sets including distance, scrambling, putting, focus and luck. Each round is a different challenge depending on which player you obtained and how you utilize your skills. 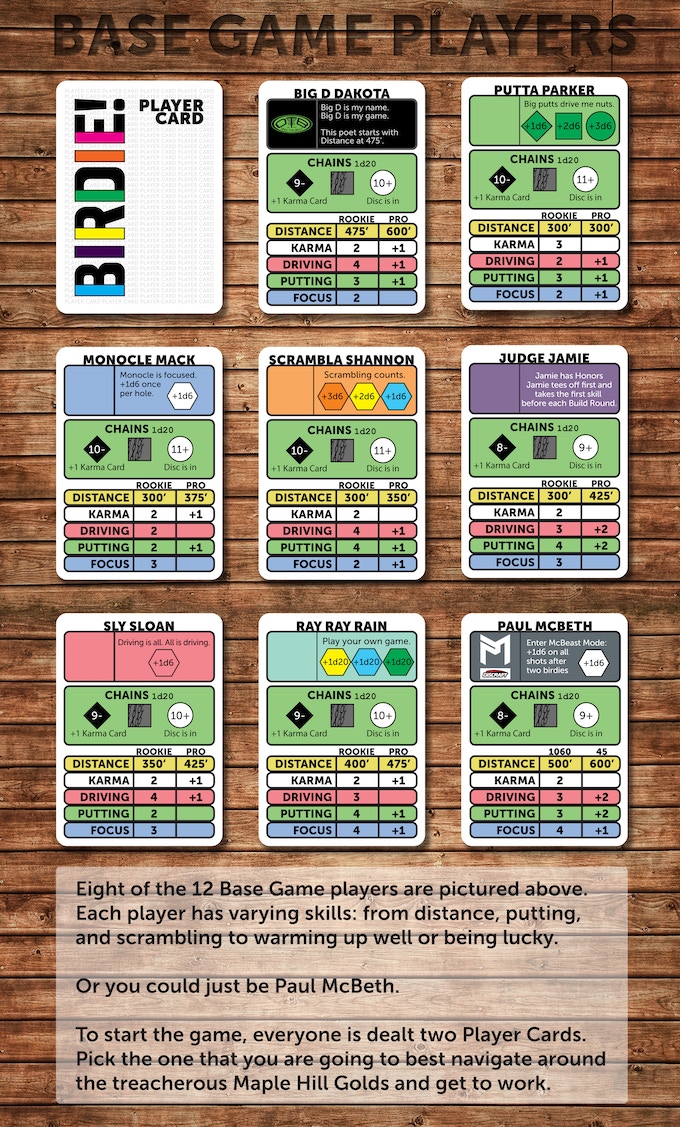 There are Karma Cards that improve your shot, improve your skills, or do the opposite. There are also injuries, lost discs, foot faults and provisionals. And then there is everyone's favorite: Courtesy Violation. If someone makes fun of a bad shot, plays out of turn, takes way too long or spills their drink, play a Courtesy Violation card on them, if you have one. It takes the edge off that missed Circle 1 putt really fast. 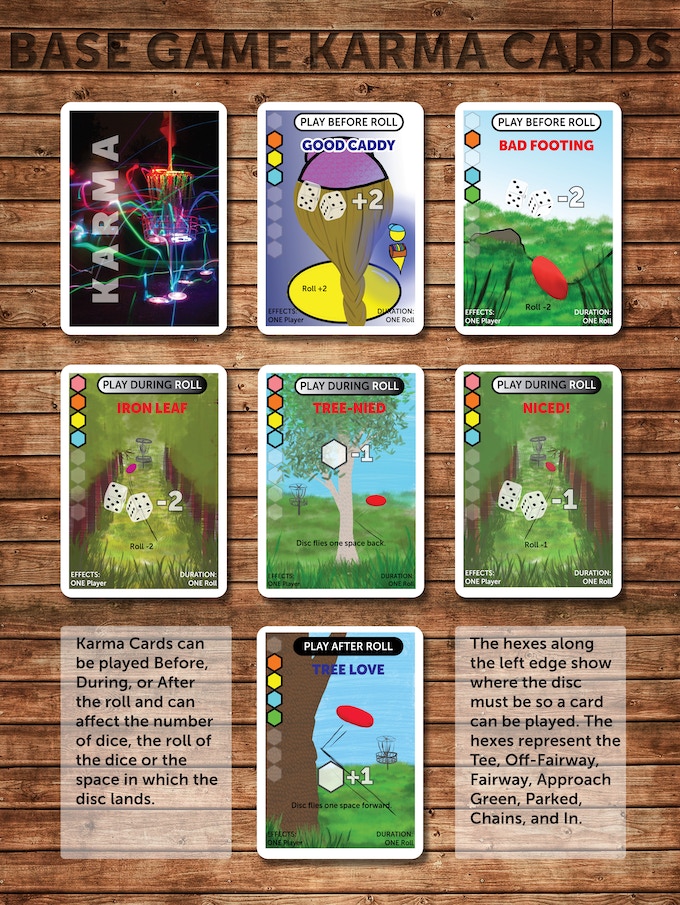 Karma is a great way to let someone know you are thinking about them. 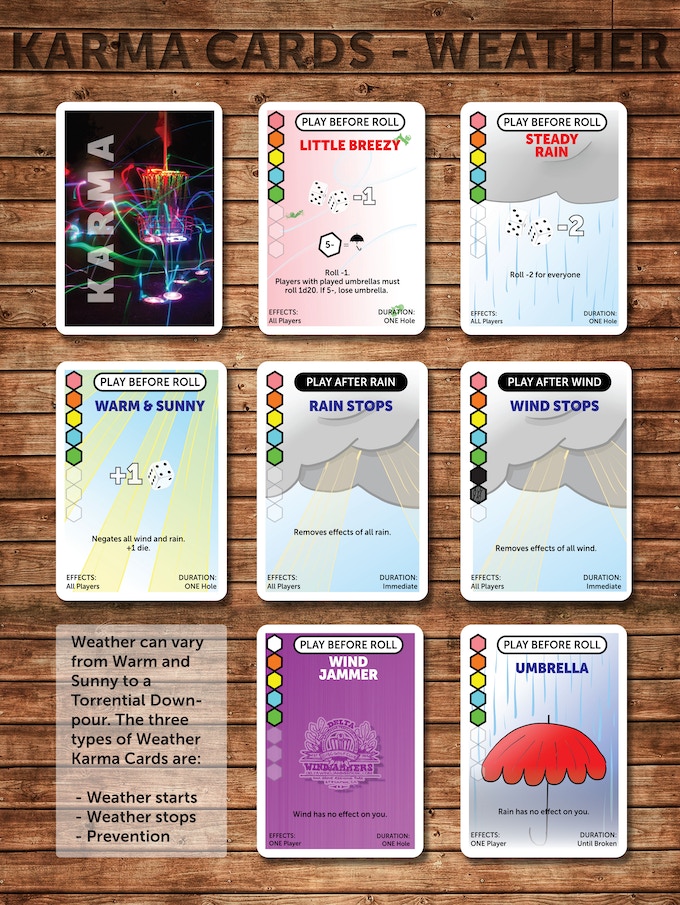 Weather often turns bad right after someone throws their shot.

Highlight your business or product in a fun, engaging way through a sponsored Karma Card used in game play, complete with QR code linking to a product or purchase page. 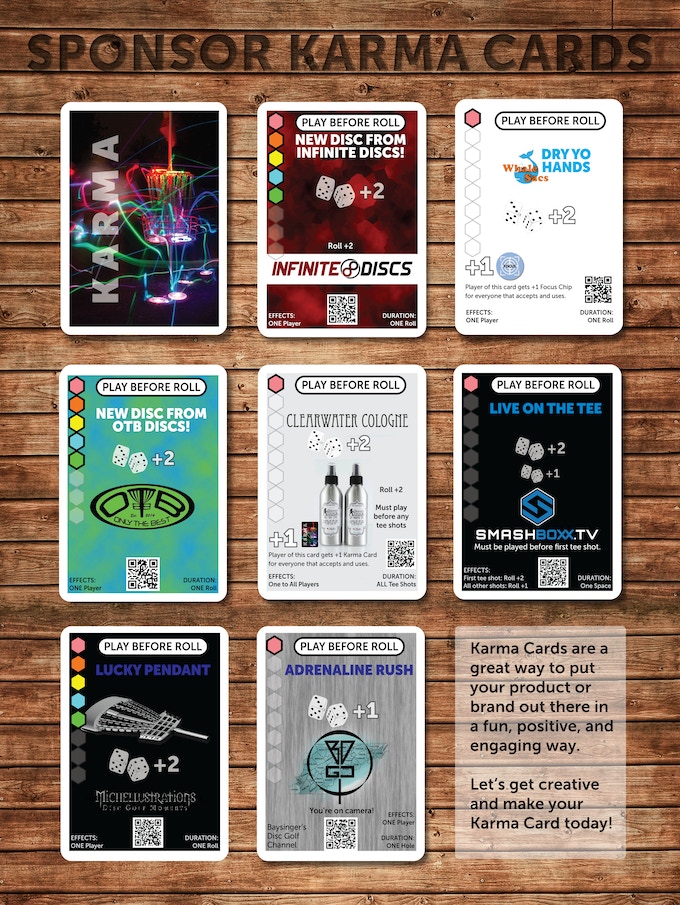 75 base games, 175 expansion packages, and 175 supporter packages will receive the two bonus commemorative Maple Hill Karma Cards free with their game. The first will be the Maple Hill Chipmunk card, where your disc inexplicably goes Out of Bounds (OB). The second is the Eight Holes, where your drive or putt gets an extra die due to the support of the greatest fans in disc golf. 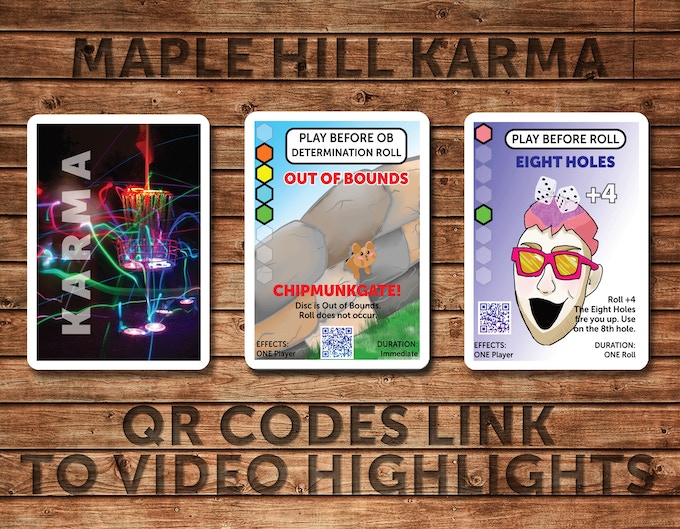 It is critical that playing feels right. The game board must therefore match up to real life stats. In building the game boards, we referenced UDisc's four year history of stats at Maple Hill and used the data to inform the throwing odds at each zone. It was also imperative that the game boards be aesthetically pleasing as well as provide tons of information while also being intuitive, colorful, engaging, and accurate. Each hole is meticulously crafted to play the same as it does in real life. 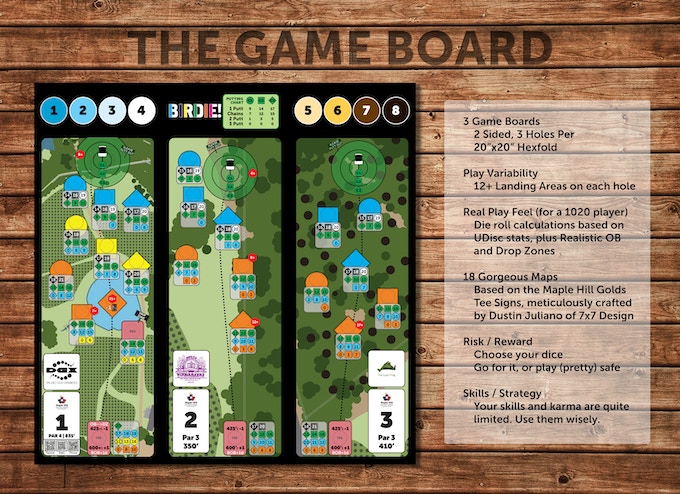 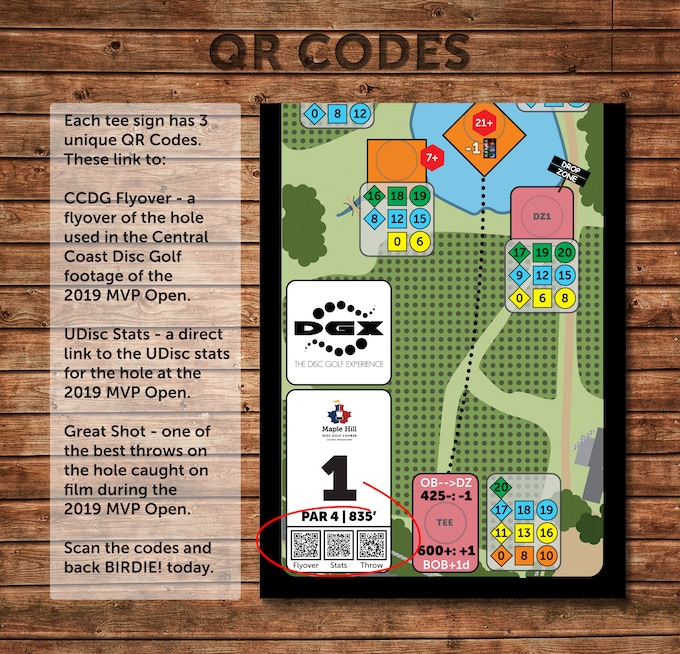 WHAT YOU WILL GET