Note:  The BIRDIE! base board game is required to play this expansion pack. The expansion pack only comes with four game boards (front 9 of Jarva, back 9 of Jarva, front 9 of Eureka, back 9 of Eureka). New Course Expansion Pack! You've got Maple Hill. Want to play Jarva? How about Eureka? How about three courses in one day? Who's in? Our 2nd Kickstarter is two expansion courses for BIRDIE! We made these expansion courses because, while Maple Hill is awesome, there are lots of other great courses out there and new courses mean new challenges and new strategies...

You've got Maple Hill. Want to play Jarva? How about Eureka? How about three courses in one day? Who's in?

Our 2nd Kickstarter is two expansion courses for BIRDIE! We made these expansion courses because, while Maple Hill is awesome, there are lots of other great courses out there and new courses mean new challenges and new strategies for winning. 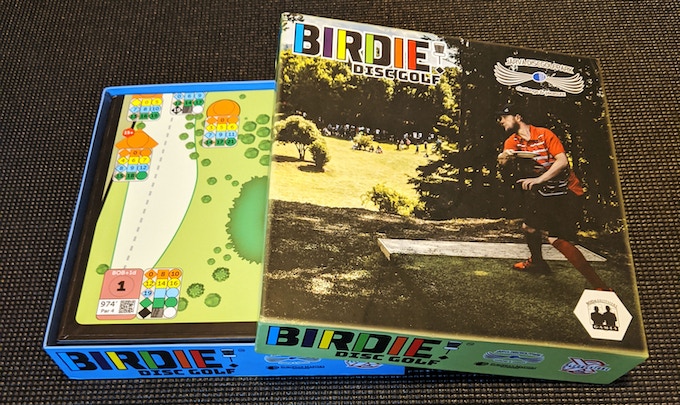 These two new courses add so much diversity to the game. it's like putting on a new suit coat and going to the dance club one town over. It still looks great and plays great but its new and different - the best of all worlds! 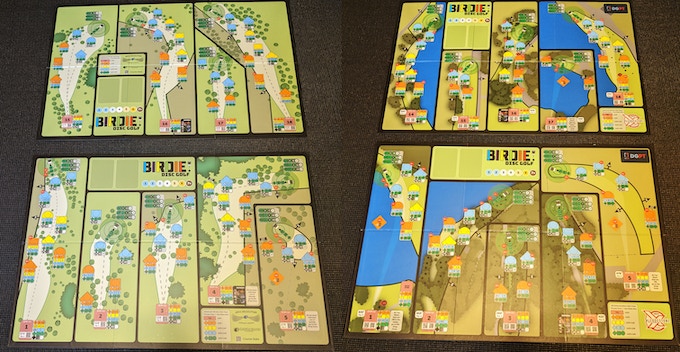 According to UDisc, there is one course rated higher than Maple Hill. That course is Jarva. We were really happy to be able to work with Jussi and Mats and the Jarva crew to get the stats and greens dialed in so the game plays correct to the real feel of the championship Jarva course. 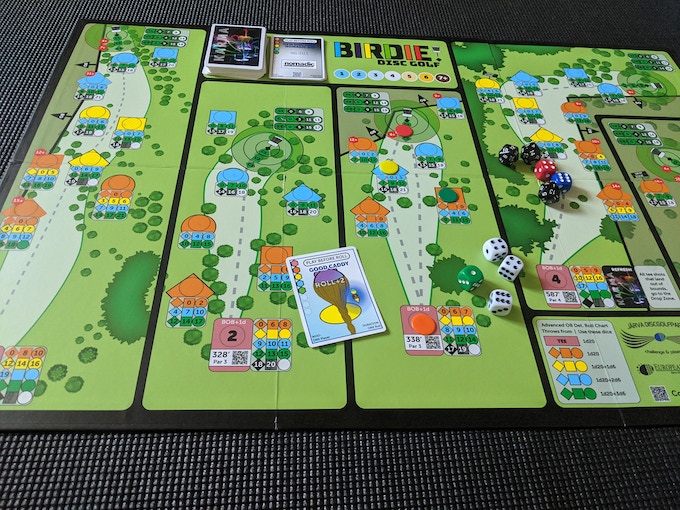 Where Jarva adds a touch of classical challenge, Ledgestone's Eureka adds more strategy and decision making than we could have ever imagined. It also makes different players more powerful and different abilities and cards much more useful. It actually gives it the feel of the real pro tour in that, if you play with the same character across each of the courses, you will be faced with significantly different challenges. There is tons of OB. You've got to do some serious strategery to get through unscathed. 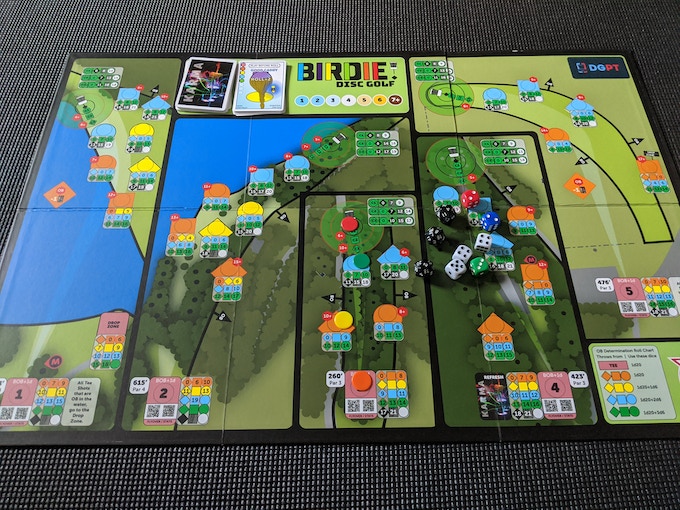 We have been working tirelessly to improve the form and functionality of the game boards and have made tremendous strides. One big change is that the holes are now proportional based on their distance as opposed to all holes just filling out the length of the board. It makes the game more fun and intuitive. 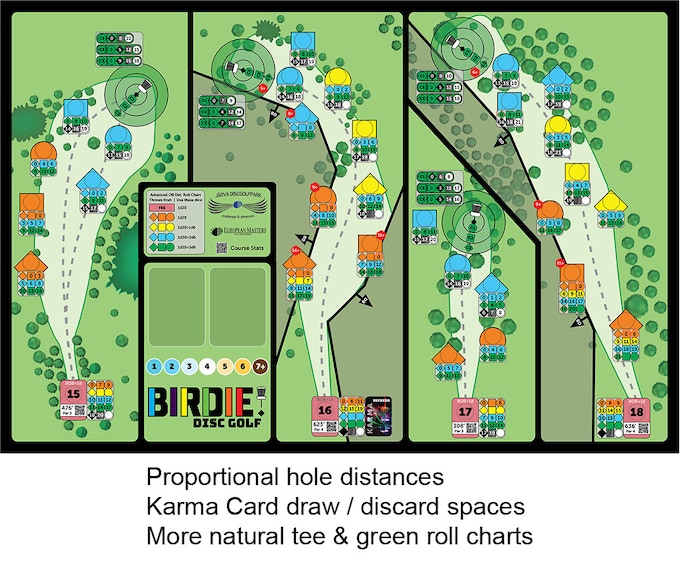 We have also graphically improved the tees and course signage, reduced the size of the roll charts, formatted the drive and green roll charts to a more consistent look, and added Karma Card draw and discard piles. Additionally, with our new manufacturer partner, the boards lay flat a bit easier. 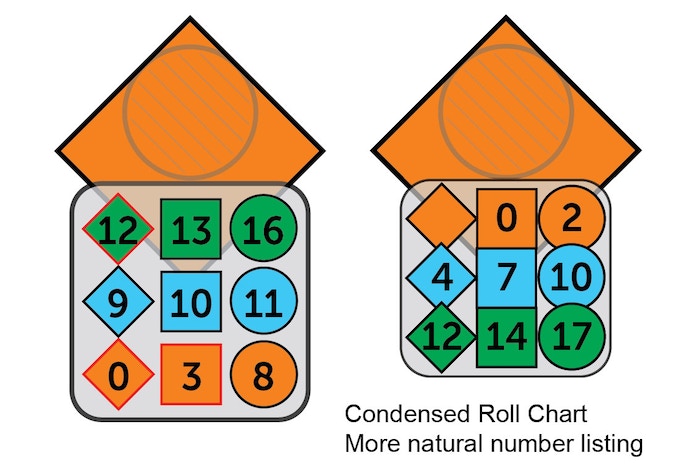 We also put nine holes on the front and back of one game board so one nine hole game can be played with just one board. So convenient! And it is going to save us all a little money in the manufacturing.

Speaking of which, we learned a ton in our first go around and wow, thank you to everyone for your patience and honesty and love. We are streamlining the process this time, minimizing the levels, removing the early bird gifts, and making the stretch goal something that will only be made for the Kickstarters. Your games will be special. And only yours. If we reach the stretch goal.

We also had a complete prototype made before we started the Kickstarter and we have been able to kick the tires and play around with it in real life. We actually ended up making two prototypes before we were ready to go into production. Anyone want a chance at winning a prototype BIRDIE! expansion set? Every dollar spent on the Kickstarter (not counting shipping) gives you one entry in the prototype raffle. One prototype goes to a lucky Kickstarter, the other goes to Todd for safe keeping. 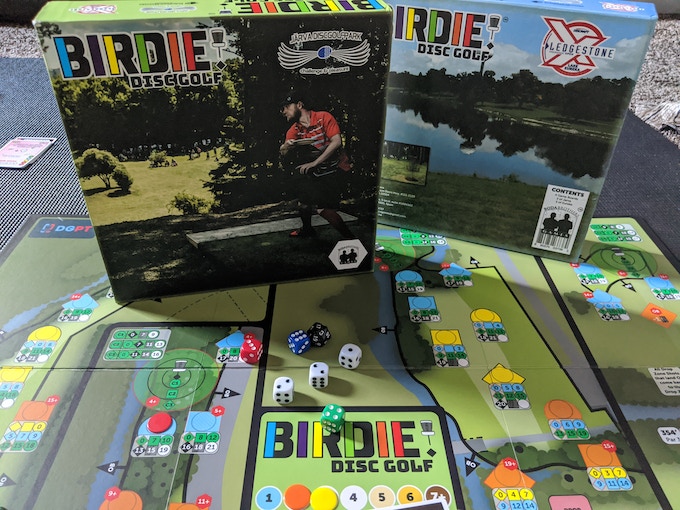